As a rule – the higher amount of marbling – the higher grade of meat. Due to their genetic predisposition, their feed régime, and the age when slaughtered, Wagyu cattle average a marbling score of 4-6 and can reach the top score of 12. 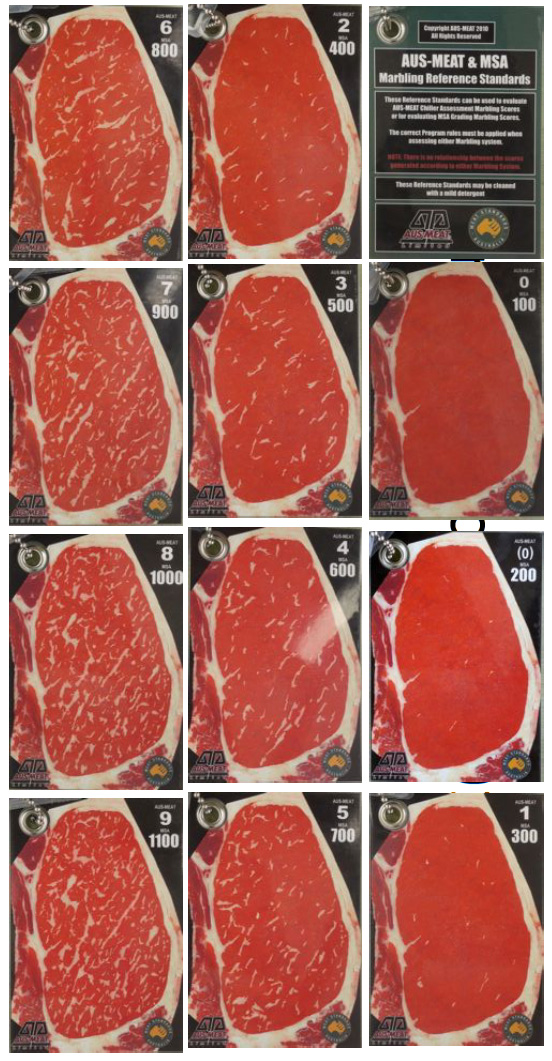 Australia received its first Wagyu genetics in 1990, a WAGYU female.

Frozen semen and embryos followed in 1991. Australia was greatly influenced by a shipment of five fullblood animals from Japan to the USA in 1993.

Three other major importations of Wagyu genetics into Australia took place, all of these importations being costly long-term projects since there were no protocols for direct imports from Japan to Australia.

Australia is now in the unique position of having the best accumulation of Wagyu genetic material outside of Japan in a country free of those diseases which restrict exports from other countries.

Australia has become the Clean Green Wagyu supplier for the world.

Irongate Wagyu breed is from Tajima.